The user DaDiscoRanger asks: How can I do scream vocals in my singing?

By “screaming” I’m assuming you mean an aggressive, unclear, somewhat raspy distorted tone in the upper or upper-medium vocal range. There are singers of many styles who use vocal screaming either very often, or just occasionally for effect. What I’m not talking about is “grinding” the voice like a growl. I won’t address this because it is the absolute fastest way a singer can destroy his/her voice permanently… period. That being said, let’s turn to a discussion about screaming.

Asking how to scream without hurting your voice is a bit like asking how to punch yourself in the face without bruising it. Screaming is abusive to the vocal cords, plain and simple.

You might ask, “Well how come (insert famous screaming singer name here) can scream and doesn’t lose his/her voice and he/she’s been doing it for years?”

Good question. Here are a few of the realities that explain it.

1. The reality is that the vast majority of screamers trashed their voices a long time ago. Most of them have had multiple surgeries, and many can no longer sing at all.

2. What their voices MIGHT be able to handle in the recording studio once a year isn’t the same as handling that kind of abuse all the time. Many of these “screamers” (the smart ones) sing with softer and clearer voices outside the studio in order to try to save their voices from permanent damage.

3. Did I mention that most of them have had multiple surgeries for serious vocal damage?!? (Just wanted to make sure you got that!)

4. Each person’s tissue has a different reaction to abuse. For instance, you might slap one person across the cheek and 5 minutes later there isn’t even a red mark. Do the same to someone else and they’ll be bruised for a week! Allot of times the singers you hear do this don’t have tissue that irritates as easily as the average person.

5. They aren’t singing as loudly as you think. If you “pretend” to scream loud, but you are actually singing at a soft or normal volume level holding way back, then you can let the microphone (with allot of reverb behind it) make it sound like a huge screaming voice.

6. If they are doing it “right”, they aren’t building up much air pressure. against the vocal cords. They are releasing the air across the cords.

It’s true that most singers, even the very good ones, sing slightly out of balance (not necessarily screaming) sometimes for emotional effect, but their technique is so good that they “snap back to center” after one or two notes. But even this can be dangerous if done too often because singers will start losing their “technical center”, or perfect vocal balance. Center is what we train toward, and what must be our compelling habit.

Ok, don’t say I didn’t warn you. Now, let’s talk about how to scream with the least possible damage:

1. Start in falsetto. The falsetto is the highest, lightest area of your voice. It’s usually a bit weak and somewhat airy sounding, but it is fairly easy to produce high sounds in falsetto with very little pressure, that’s why falsetto is a good starting point.

2. Add a vocal fry or slight scratchy sound. This will start to pull the chords together, giving the illusion of chest resonance (bottom range resonances) up high.

Final result: It will almost feel like a breathy voice, falsetto voice and scratchy voice all happening at the same time.

If it feels uncomfortable at first (and it will!), take breaks. I wouldn’t recommend experimenting with this more than 5 minutes a day to start, and always warm-up and relax the voice before you start. Cool down the voice afterward with some nice, low, soft, clear humming. Irritated throat? (Gee, I wonder why?) Gargle warm salt water. Also, before during and after your singing use Entertainer’s Secret throat spray. It’s a non-medicinal, non-numbing throat moisturizer spray. It helps allot. (Never use sprays or lozenges that numb the throat. Pain is a good thing if it warns you to stop hurting yourself!)

Now, remember, I am against screaming because of the potential for serious damage. I’m only giving you these instructions so you mitigate whatever stress you were planning to put on your vocals anyway.

I’d rather have you only punch yourself in the face one time, rather than twice! 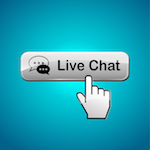 Want to talk to me about voice lessons, the Voice Teacher Certification Program, or my self-study vocal training products? Click the “Live Chat” button now to talk to myself or my assistant.

I want to hear your ideas on vocal and singing topics for future posts and articles! Leave ideas in the reply box below…

3 thoughts on “How can I do scream or “screamo” vocals in my singing?”